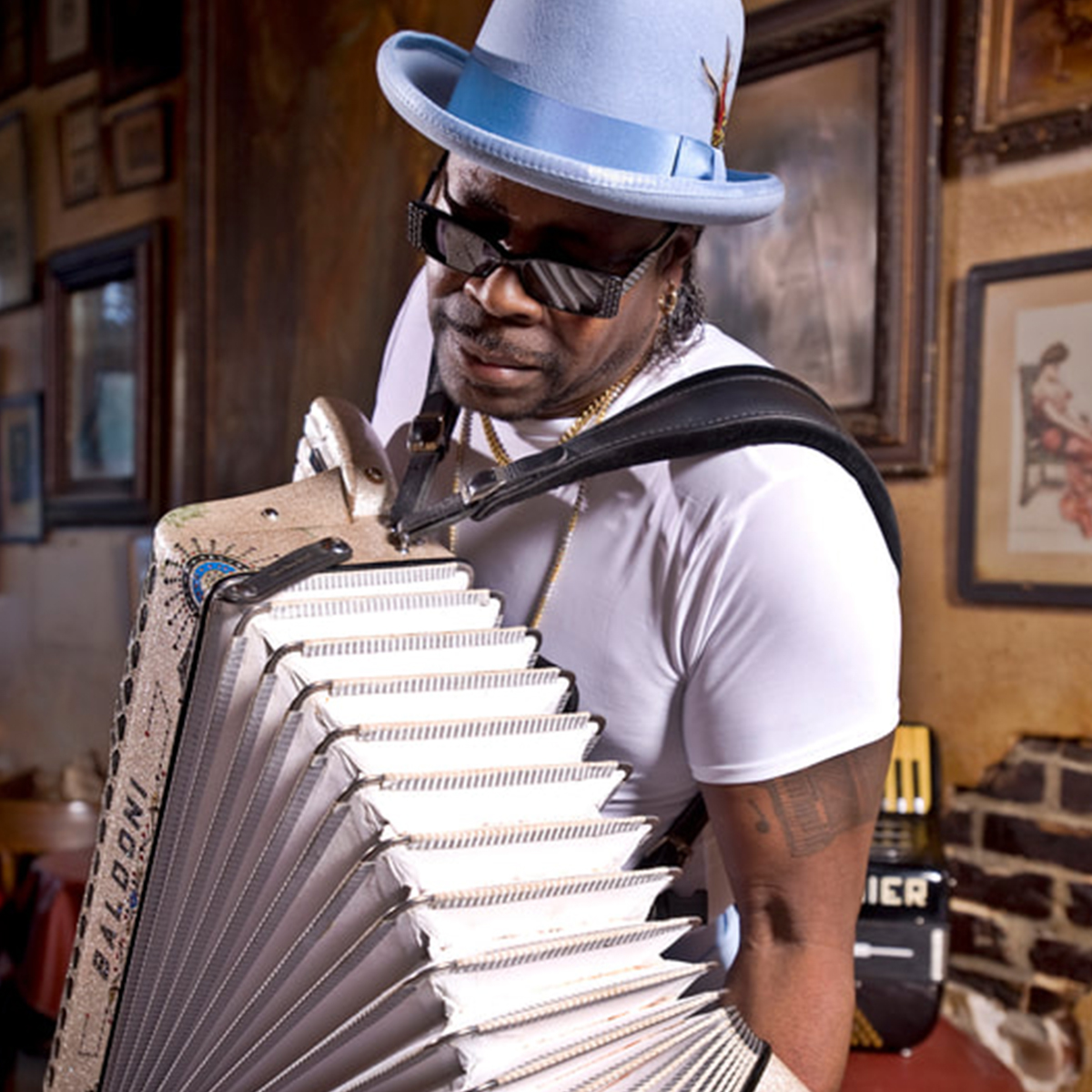 with special guest The Renovaters.

C.J.’s father was the first Creole musician to win a Grammy Award. C.J. spent his childhood in the tough tenement housing projects of Port Arthur, Texas. His earliest musical influences were an eclectic mix of funk, soul, jazz and Motown, and his first musical instruments were piano, tenor saxophone and flute.

It wasn’t until his 21st birthday, after winning a scholarship and studying music at Texas Southern University, that C.J. first performed with his famous father and the legendary Red Hot Louisiana band.

On the road his father showed him how to front a world class touring band – teaching C.J. how to run the family business and how to develop his lifelong passion for music into a career. When Clifton died in 1987,  his son said it only felt natural to carry on the legacy – and he stepped up to lead the Red Hot Louisiana Band.  He recorded his debut album for the great American independent label, Arhoolie Records. As he told a journalist at the time, he does not try to imitate his father’s playing: “I play it the way I play it. All my father really told me was to do the best I could do with my own style.” In the following years C.J. would record albums Slash Records and the legendary Chicago label Alligator Records.

Today, C.J. continues to record and rack up honors and awards. This year, he is being honored along with his late friend, Clifford Antone, in the acclaimed Museum of the Gulf Coast’s Music Hall of Fame in the Golden Triangle; where he will join the likes of Janis Joplin, Tex Ritter, Percy Sledge, George Jones,  Marcia Ball, Johnny Winter, The Big Bopper, ZZ Top and, of course, his father, Clifton Chenier.