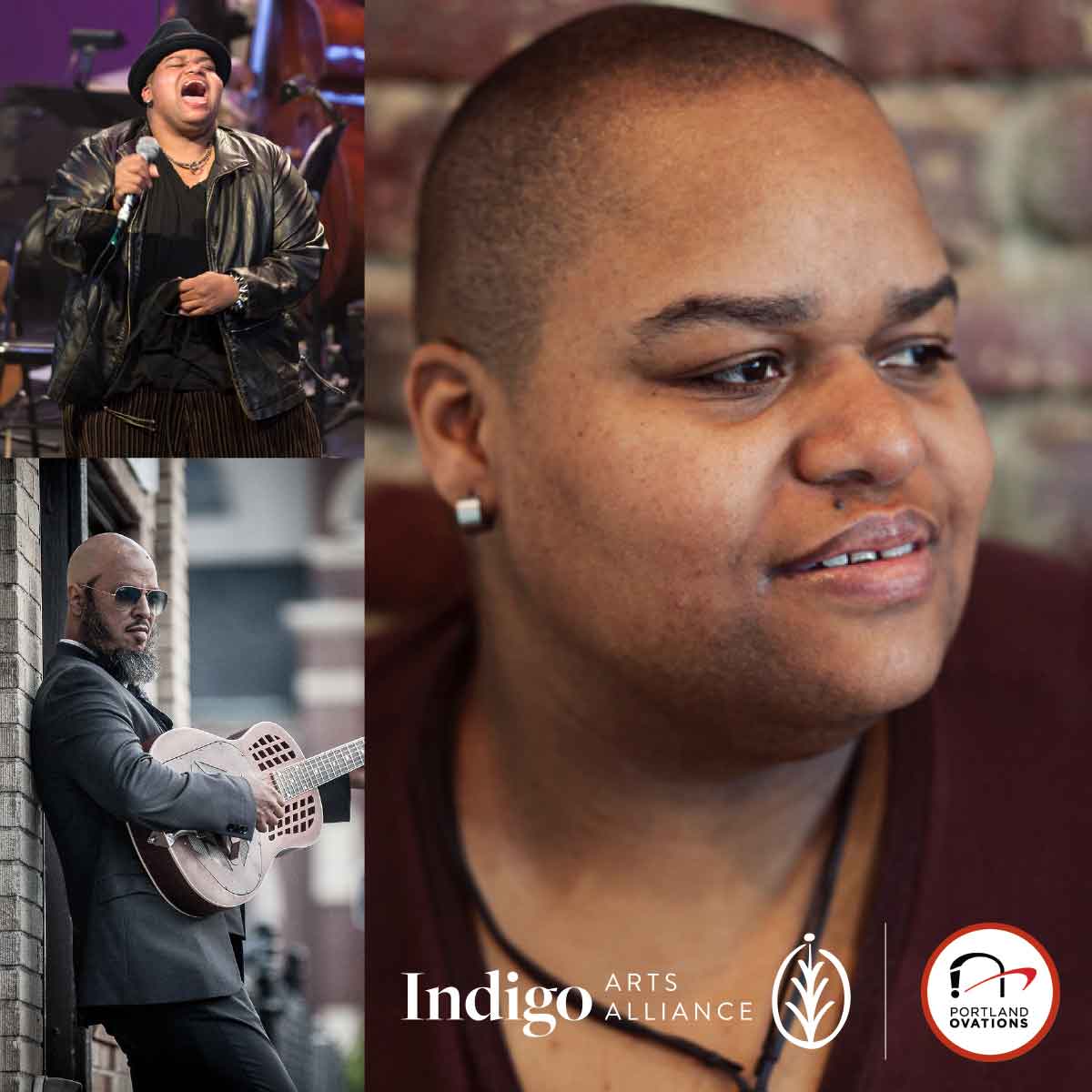 Toshi Reagon: Described by Vibe magazine as “one helluva rock’n’roller-coaster ride” and by Pop Matters as “a treasure waiting to be found,” Toshi Reagon is a one-woman celebration of all that’s dynamic, progressive and uplifting in American music. Since first taking to the stage at age 17, this versatile singer-songwriter-guitarist has moved audiences of all kinds with her big hearted, hold-nothing back approach to rock, blues, R&B, country, folk, spirituals and funk. The New York Times described her blend as “…a love of mixing things up…[her] vocal style ranges from a dirty blues moan to a gospel shout to an ethereal croon.” Leading her renowned band–BIGLovely, launched in 1996–she instantly connects, inspires and empowers.

With a voice of grit and gravel, roots musician Samuel James sings with an authenticity lost in time. A modern guitar master, James’ skill has a depth and range that seems impossible for a man with only two hands.

An award-winning songwriter, one of the world’s most innovative guitar players, and a Moth-featured storyteller, James brings all of this to his amazing stage show. A live performance by Samuel James is part theratre concert, part stomping-on-the-porch dance party and part stand-up comedy.

He was born the last in a long line of performers including dancers, story tellers, choir singers, jazz pianists, and porch-stomping guitar thumpers dating back to the 1800s. Samuel James’ songwriting has been compared to Leonard Cohen’s and his guitar virtuosity to that of Jimi Hendrix.