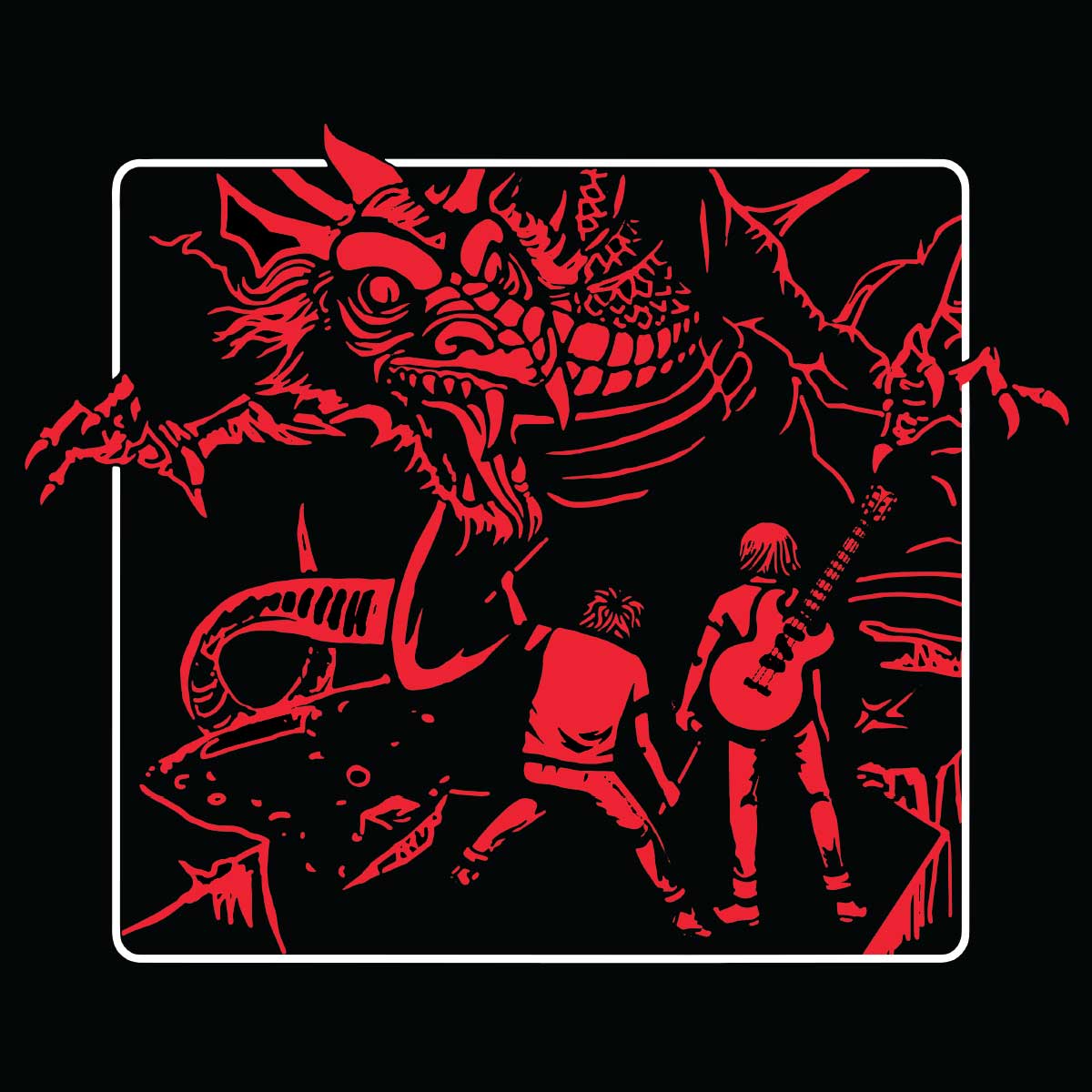 The Pack A.D. aren’t ones to wait. When their songs kick off, you’re immediately met with a one-two punch of searing guitar riffs and pulverizing drums, a signature symbiosis of raucous garage-rock that singer/guitarist Becky Black and drummer Maya Miller have perfected over the past decade. With their new release, Dollhouse, the band is eager to follow up last year’s critically-acclaimed Positive Thinking with urgent thoughts on the current climate of the world. Dollhouse wastes no time addressing those issues with its nine tracks clocking in at just smoke-drenched skies of Vancouver, B.C. at Raincity Recorders, during one of the province’s worst wildfire seasons ever, Dollhouse is a product of the gloom that surrounds them and the rest of the world in these politically turbulent times. “Everything just feels like it’s sped up so rapidly and everyday, there’s some new shitty thing that’s making it feel apocalyptic,” Miller says. Black adds that they approached this album with “a more positive outlook,” but, ironically, the results veered darker. Dollhouse, especially its stomping title track, is a response to the calamity and the toxicity that’s uffocating our Earth. Miller describes songs like bleary-eyed opener, “Woke Up Weird,” as a “the-planet-is-doomed” anthem, a track that exhales with frustration (“I feel the planet/giving up”) but is clearly not going down without a fight.

It’s an album that equally explores the personal and political, with the concept of a dollhouse acting as “both a reminder of the closed ecosystem we all inhabit, the grander scale, and the miniscule confines of our individual minds, neither of which we can escape from,” as Black explains. “The anxiety of existing is a throughline in the lyrics on Dollhouse.” When Dollhouse goes inward, it takes shape in the form of something The Pack A.D. has rarely written about: love and relationships. “Not Alright” claws through buzzsaw riffs in search for happiness and “Because of You” is perhaps the most romantic track the band has ever written, like a hollowed ghost of a ‘50s pop song yearning for a connection. Wherever aguish is in your life, the songs on Dollhouse want you to know you’re not alone. “For me, it’s less depressing and more commiserating,” Miller says. It’s a cathartic release that, in more ways than one, couldn’t arrive any sooner.

FOR FANS OF: The White Stripes, Jack White, The Pretenders, The Velvet Underground.